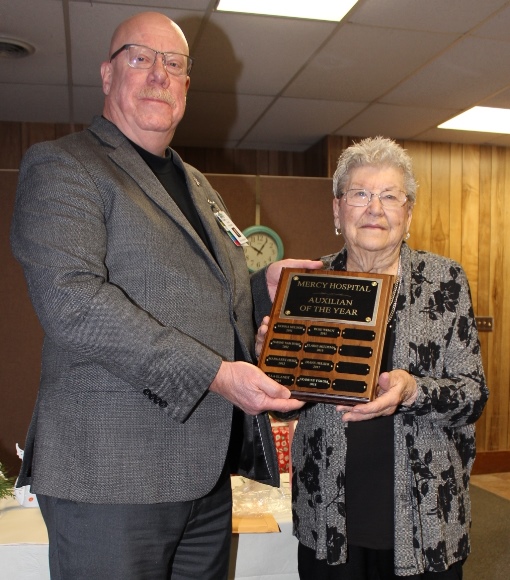 Yokom has been a very active Auxiliary member since she joined in 2004. She is currently the President of the Auxiliary (2016 to current) and volunteers in the Mercy’s Corner Gift Shop at the hospital and is always willing to help with hospital events and Auxiliary fundraisers.

“Congratulations, Frances, you are very deserving of this honor” a release from the auxiliary says.

Yokom’s name has now been added to the Auxilian-of-the-Year plaque which can be found in the Mercy’s Corner Gift Shop.